Matteo Manicone was born in Forlì in 1997. After high school (he studied science and laboratory technology) he took his luggage and his head full of chemistry and biology and moved from Forlì to Milan.

He learnt computer technology and programming as an autodidact: thanks to this and his strong passion for video games (everything has begun when he was 4 or 5 years old, with Super Mario 64) he managed to attend a Game Design course at the Digital Bros Game Academy, which helped him to approach the industry.
He has lived in Milan for a year and, of that time, he remembers personal and professional growth, but also fulfillment. Matteo then attended a course in multimedia production and he approached IPID Association: they offered him an internship there. 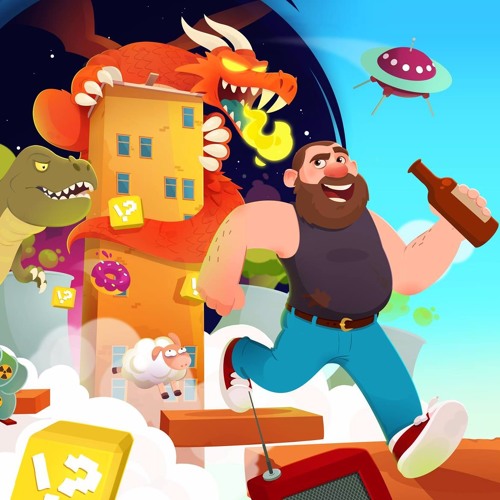 At the beginning he’s busy with some projects but, as the anniversary of the Bologna massacre approaches, he focuses on the visual novel BO020880.
His work there begins in the middle of the process, but a cultural project of this magnitude allows him a new personal and professional growth: on one hand, he develops autonomy and self-esteem, on the other hand, noticeable training. Matteo Manicone worked on additional programming, UX, feedback, animation and sound integration. But he worked also on polishing, final size reduction and mobile porting. Eventually, this job allows him to work together with another indie studio, Chubby Pixel. There, he deals with mobile porting for Android and iOS of Suicide Guy, a game by Chubby Pixel.

When Matteo talks about his experience with the IPID Association, he underlines the commitment and the passion that he has seen in the professional workers he works with. IPID is a safe environment: you can make mistakes, and those mistakes will be highlighted only to allow more growth. And the projects you work on are real ones, not academic!

Matteo Manicone has improved the augmented reality part of BO020880. He developed autonomy in work and organization skills thanks to this: the AR part has been completely designed and implemented by Matteo, and it’s different from the normal mode because the scenes in AR lack sequentiality. A virtual map has little virtual markers that allow the user to frame the Bologna Station with his or her smartphone to see and read the scenes about the victims of the massacre.

An important aspect of Matteo’s project is the fact that the AR part of BO020880 doesn’t need any installation of QR codes or physical devices in the station. So, the narrative setting of BO020880 changes slightly in AR (the scenes that tell the conspiracy that caused the massacre are missing) but the physical immersion in the places where the explosion occurred that August 2nd creates an even greater proximity to the facts. Interactivity, for a visual novel like BO020880, is fundamental: both the AR-free and the AR modes focus on the emotional involvement of the user to avoid the static experience and a consequent loss of the strength of this visual novel. The Bologna Station, in the mind of the developer and of those who will find themselves reading those scenes right where they took place, ceases to be a place of passage to become history, to tell what they have seen and what they have been. 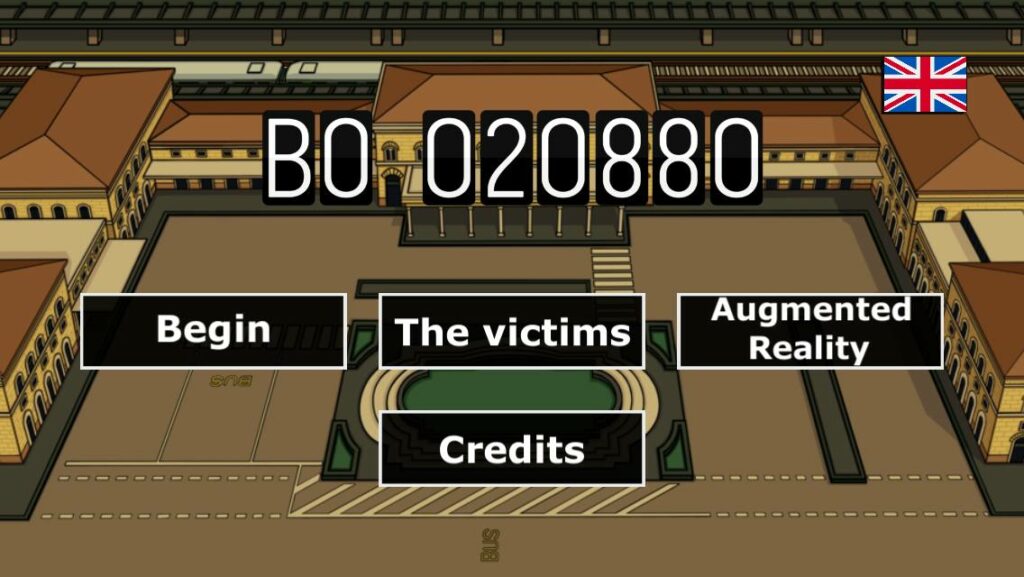 To conclude, if you ask him what his future projects are, what is in his mind at this time, Matteo replies that he is looking for a university faculty that will bring him even closer to video game programming (perhaps abroad? Maybe in the Netherlands?). Meanwhile, he works as a freelance with Chubby Pixel and the IPID Association, imagining many other future projects, knowing that “mistakes are good for programmers, because they allow you to try and repeat again!”

Special thanks to Matteo Manicone for the interview.