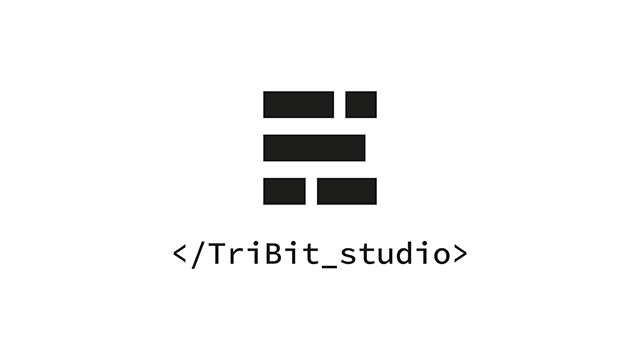 How is the Tribit Studio born?
Marianna: We met during a course on Game Production and Gamification. One of the teachers, Ivan Venturi (he’s our producer now), showed us how game production works. So we put our expertises together – some music, narrative and coding – then we started working on A Western Drama.

What are the ideas behind A Western Drama? How is the game born?
Damiano: First of all, Andrea created the story of A Western Drama, with a general idea of the gameplay, then Marianna moved on thinking about the ideal audio based on the game scenes that Andrea had created, and I joined the team later, when they realized they needed a programmer for the audiogame. The reason why we created an audiogame is because the number of video games available and upcoming is always high, while that’s not the case for audiogame. So we chose to create an audiogame to give the opportunity to the blind and visually impaired people to have fun with a new product, being the community of audio-players often ignored or little known. This is one of the reasons why we were interested in exploring this new world and the challenges that creating such a product would involve. We hope to be able to explore it more in the future! The reason for a western audiogame is because the spaghetti-western genre has always fascinated us, as we grew up with the movies of Bud Spencer and Terence Hill, with A fist full of dollars, with The good, the bad and the ugly, western stories which have always been very fun to watch, compelling stories that kept us glued to the screen till the very end. With A Western Drama we tried to recreate this “spaghetti-western spirit” that excited us and bring it back in an “audiogame style”, let’s say.

So A Western Drama is a spaghetti-western: Andrea, are you a fan of the genre? Did you have any references in your mind while writing?
Andrea: Yes, I am a huge fan of this genre, simply because I think that the western is one of those genres that allow writers, like me, to talk about anything, almost anything. One example for all: in one of the last movies by Quentin Tarantino, Django, the director sets a typical spaghetti-western story but he talks about slavery. This is one of the main features of this genre. In this way, the spaghetti-western, in my personal view, is very similar to science fiction. A Western Drama is a spaghetti-western story but also a very personal story. I had a lot of references while writing A Western Drama, for example Luciano Vincenzoni, Sergio Leone, Ennio Morricone, Sergio Donati: that handful of writers, directors and composers that few years ago, in the ‘60es, basically invented the genre in Italy. To me, all of them are basically gods, and for this reason in A Western Drama I put a lot of quotes and references from their movies, but also from western comic books and videogames. Not all of our players know the genre but I think they feel that western atmosphere that is built also on these quotes and references about the spaghetti-western.

Damiano, from a designer point of view, which is the most precious part of the game? Or the one that you liked the most programming?
Damiano: I think that the parts of the game that I like the most programming, but also playing, are the two types of shootings: the simple shootout where you are surrounded by many enemies, and the more fast-paced shootout where you are on a wagon. In the beginning I remember I made them a lot harder than they are now, then I reduced the difficulty quite a bit, basing on the feedback of other players, blind players mainly. In general, to me, the most fun thing to program is a new mechanic: how does that work? Is this level too simple, too difficult? Too long, too short? We had blind people to test our game before the release and I got a lot of great feedback and ideas, but I got them also after our pc and Mac release, like different mechanics or changes on the difficulty or on the length of some levels. We would like to explore more of these ideas and improvements in a possible future project.

Marianna, one of the aspects that makes the sound of A Western Drama so special is the use of binaural beats: can you tell us about the binaural audio? How does it work, why did you think of it for your audiogame?
Marianna: Binaural audio is a technology that allows us to create a three dimensional soundscape, thanks to an algorithm that allows us to recreate the way in which the human hearing works. In applying this in a game it is possible to localize some sounds with more sense of depth than in a classic stereo pan. It means more realistic sounds and this changes the point of view of the listener. It is like playing a video game in first person or in third person. We usually listen in third person – in this case we are surrounded by sound. In A Western Drama we use binaural sound to localize sound sources and create authentic western village sounds. We wanted the player to be surrounded by these village sounds. So it’s possible to hear horses moving around and people walking… The gameplay uses these movements of sounds to help the player: the guide calls the player and shows how to reach a point, or maybe some sounds of enemies to be avoided, or other mechanics, like duels, where it’s important to recognize where sounds come from… I don’t want to spoil too much, but the game is full of these mechanics!

Marianna, what are your studies? How did you approach the world of audiogames?
Marianna: I studied Electronic Music and Jazz Music in Conservatorio, it’s a music academy, then I attended some courses on Music Production (so how to use programs like Pro Tools or Logic and virtual instruments to create music). I approached the world of audiogames thanks to Ivan Venturi: I had already worked with him before, while attending the Game Production course. I had worked with him for the music of some of his serious games, like Progetto Ustica or Gran Sasso Videogame. He talked to me about Audiogame Association and the audiogames for blind people that he was producing: I was really impressed. The idea of creating a game using sound only… This has become a goal for me. Building playable soundscapes or using new audio technologies (like Ambisonics or binaural audio) were things that I was really interested in, and I tried my best to go in that direction. And I like realizing soundtracks too, so I try to mix all aspects of sound.

Andrea, have you ever written anything else apart from A Western Drama?
Andrea: Yes, I have. In this period I’m working not only with audiogame, but also with video games and animation. I wrote some projects that Audiogame Association has published. For example, I wrote the story of Fury Driver: Moonwalks – the game was made by Riccardo Vecchi, one of the programmers of Audiogame Association, but I wrote that story. I’m working on a lot of projects, actually, but I hope to make more audiogames. This is a very intriguing and inspiring challenge, and I invite other game creators and game writers to take on the challenge of audiogames: it’s a very inspiring way of thinking, writing and creating a game, in my personal view.

What can we expect from Tribit Studio? Will we see a sequel of A Western Drama?
Damiano: We are really, really hoping to create a new audogame. More than anything, I’d love to think, create and explore new mechanics, that has never been implemented before – which we have already discussed, by the way. We are already thinking about new mechanics and new ideas: we have received a lot of feedback for our players, and we’d like to create a new product based on them. This new product will be a complete evolution of A Western Drama, improving the existing gameplay but most importantly adding a lot more content in terms of mechanics, character customization, and side content too – we’d like to make the next game less linear and with more side quests and customization in general. That’s what we really hope to do.

Did you like this interview? Do you want to know more about TriBit Studio and A Western Drama? You can listen to Andrea D’Angelo’s speech at Milan Games Week 2020 by clicking here.

Special thanks to Damiano Coppola, Marianna Murgia, Andrea D’Angelo for the interview.